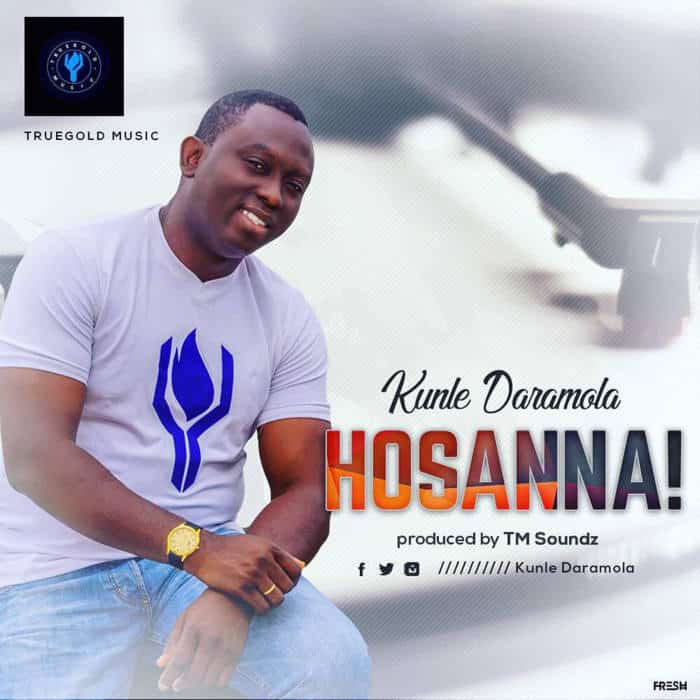 He his music career in the year 1989 as a chorister at an Orthodox church in Ibadan, Oyo State.

Also serving in the body of Christ with his God-given musical talent in the Pentecostal arm and years still counting.
An Industrial and Production Engineering graduate of the University of Ibadan, Kunle is a passionate lover of God.
He holds a strong belief that every human being should live purposefully, using his or her God-given gift to honour God and impact the world positively.

Kunle Daramola started True-gold Music Company and Adverts Production Company in the year 2000 AS God granted him grace. He had since taken the small outfit from a very little beginning to producing adverts for several A-List brands in corporate Nigeria.

In 2012, Kunle Daramola wrote and co-produced a song for Oyo State, which was well received and later adopted as the Oyo State Anthem in February 2016.

According to Kunle, my mission for True-gold Music is threefold: To honour God, Bless Humanity, and draw the hearts of men to God.

He is happily married and blessed with children.

Hosanna is a great song piercing the soul and can be categorized in the high life genre of gospel tracks. It also in part, highlights a dark moment in the artist’s life which showcases the contrast of human love with God’s love in trying times.

In fulfilling this mandate, Kunle Daramola has written and co-produced several songs to honour God and inspire people to strive for the good of all and sundry.

Hosanna is Produced by Tm Soundz

Mr. Plus - October 28, 2019 0
"Therefore God has highly exalted him and bestowed on him the name that is above every name, so that at the name of Jesus...

Mr. Plus - January 29, 2019 0
Abuja based gospel and inspirational music artiste Chris Okwudili Nwaeze best Known as Chris Kingson  has yet released another killer tune to trill his...