Dr Paul Okorie, former Commissioner of Works, Housing and Transportation in Ebonyi, has decried the low rate of collection of the Permanent Voter Cards (PVCs) in the state. 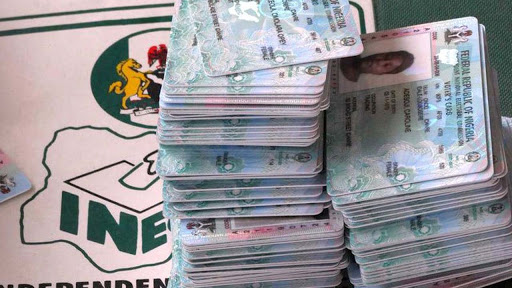 Okorie, a former Commissioner of Environment under former Gov. Martin Elechi, spoke on Monday in Abakaliki, in an interview with the News Agency of Nigeria (NAN).

Okorie was reacting to the statement credited to Prof. Godswill Obioma,

Obioma said that only 6025 PVCs, out of the over 77,000 PVCs of the 2017 Continuous Voter Registration (CVR) released by the electoral body for Ebonyi had so far been collected.

Okorie, a governorship aspirant on the platform of the All Progressives Congress (APC), depict the development as discouraging.

He urged stakeholders, , traditional rulers, political parties and community leaders to step up sensitisation efforts on the PVCs collection.

He explained that the voter cards remained the power available to the voters, adding that the clamour for change would remain a mirage if those who registered did not go and collect their voter cards to enable them vote.

“We who are stakeholders have a serious responsibility to sensitise the people on the need to go and collect their voter cards, while those who are yet to register should be encouraged to go and register.

“A prospective voter without his voter card is like a farmer going to farm without a farming implement; so we have a duty as a party, as stakeholders and as a people who are concerned with democracy to blossom in the country to sensitise the people.

“It is of utmost importance that all unclaimed PVCs are collected by their owners before the 2019 elections,’’ Okorie said.

He said that there could not be credible elections when people who were supposed to participate in choosing their elected representatives shut themselves out from the process.

“Democracy provides for mass participation in political process especially in the selection of candidates for various elective political positions.

“We should spare no efforts in ensuring that our people are adequately sensitised and mobilised to participate in the electoral process to make election more credible in our state,’’he added.

Mr. Plus - May 25, 2018 0
Dr. Paul, still fresh from hosting Frank Edwards last year, returns once again with this worship firecracker, Jehovah. He features the rave of the...

Mr. Plus - January 14, 2020 0
Seun Makanjuola (a.k.a Gbemisoke) is a gospel music artiste and the lead vocalist of the first Yoruba Worship Album in Nigeria titled "Gbemisoke" released...