The news of Nigel Shelby’s untimely death has broken the hearts of those who’ve heard his story. Now, celebrities are stepping up to help out financially.

On April 18th, 2019 Nigel Shelby, a 15-year-old student at Huntsville High
School in Huntsville, Alabama, was reported to have died by suicide.
Shelby’s mother told NBC News
that he had been the target of anti-gay bullying before his death; his
passing tragically highlights the fact that our culture is failing our
most at-risk youths, especially those who live at multiple intersections
of marginalization. We need to do more to help young people like Shelby
— and that happen until we destigmatize our national conversation
around suicidality and challenge persistent myths that accompany it in
the media. 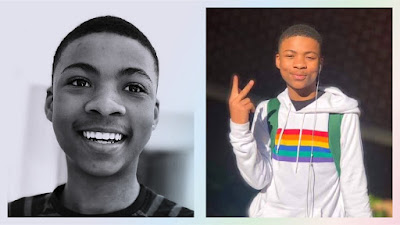 Those challenges are compounded by the fact that far
too little research has been done on the needs and issues faced by Black
LGBTQ+ youth. The Human Rights Campaign’s 2019 Black & African American LGBTQ Youth report,
however, shows us that many face disproportionate levels of physical
harm, bullying, and sexual assault in their daily lives; only 19 percent
of young people surveyed in the HRC’s study reported being able to “be
themselves” at home, while 80 percent reported “usually feeling
depressed or down.” Around 40 percent said they’d been bullied at school
within the last 12 months.

Gabrielle Union and Dwyane Wade are two of the notable
names lending a helping hand to Shelby’s family. Nigel took his own life
after being bullied for his sexuality by kids at school.
He was 15
years old at the time of his passing.
According to TMZ, Union and Wade joined forces with Ludacris and Janelle Monae in their donating effort. A GoFundMe set up by Nigel’s family has also been set up and has raised almost $40,000.
Many activists have found the current rise in deaths by suicide among
Black teens and children extremely troubling. “Suicide in Black youth
is on the rise and has reportedly reached twice that of White youth,” Nadia M. Richardson of the No More Martyrs organization posted to Facebook in the wake of Shelby’s death.
“Unfortunately, for evidence of this, you don’t have to look much
further than the state of Alabama. I graduated from Huntsville High. I
am still processing this loss. We have so much to understand and so much
work to do. Racism, sexism, homophobia, classism; all of that plays a
part. Bullying is a by-product of a world ill-equipped to include that
which is deemed different.”
Rest in power, Nigel Shelby.
Source: https://www.bet.com/

Ifeanyichukwu Drops a New Single “You Always Make a Way”

CLIMA Awards announce Peterson Okopi as the 2021 Discovery of the Year Gospel Artist in Africa.

5 Days Of Thanksgiving With Sinach & Friends

ABOUT US
Welcome to Merchantcolony.com. Our blog is one of Nigeria’s leading sites, dedicated to giving you happenings in the gospel Entertainment industry We are driven by the passion of helping individual and organization brand promote their music contents, personalities, and providing the best information for our audience. We hope you get what interests you here, motivates you to do better.
Contact us: info@merchantcolony.com
FOLLOW US
© Copyright © 2020 www.merchantcolony.com
Posting....
MORE STORIES

Mr. Plus - April 3, 2019 0
Singer, songwriter and Fashion Designer "Yadah" readies another great song titled "Free of charge". She has released several widely accepted songs (such as "Ifunanya", "You...

GUC Reveals Title & Tracks Off Forthcoming Album With Letter To...

Mr. Plus - November 18, 2020 0
Gospel music minister GUC has revealed that his new album will be dropping soon. He made this known through a letter to God that...