Port Harcourt Based recording artiste Victory Iboro, makes a come-back with two soul lifting singles ‘Jesus’ and ‘Awesome God’. This double single comes after his previously released song I Am Yours which gained widely accepted and enjoyed massive airplay. 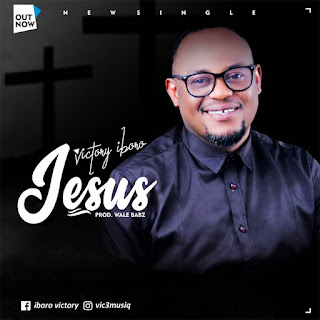 According to Victory Iboro,
The two singles were borne out of deep reverence for God when it looks like all hope is lost, and everywhere we turn to, no one to help, Jesus is the helper

Victory Iboro has been a music minister for decades, Currently serving in First Love Assembly as the music director, he is a civil engineer by profession from the Bayelsa state of Nigeria Married to popular songstress Dr Ogechi Iboro and blessed with three lovely children, Peniel, Bethel, and Avdiel.

Mr. Plus - May 11, 2020 0
International Gospel music minister, Lawrence and his group of indefatigable and spirited singers, De Covenant unveil their latest album titled - VICTORY. The album is...

Mr. Plus - May 10, 2018 0
You asked for it, now you have! Phada Abraham releases the much-anticipated video of his hit single "My Everything". It keeps getting better and better. We...