New Video: NO ONE (There’s No One Like Jesus) – Abbey CheChe [@Abbeycheche] ft ETG, Mayowa 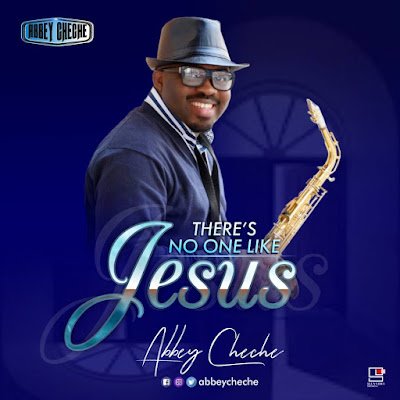 Sensational Nigerian-born and US-based saxophonist, Abbey Cheche features ETG and Mayowa in this jazzified version of popular Nigerian chorus titled NO ONE.

Abbey started playing the saxophone since 1997 and he started his musical career at a local church called Prayer Link Evangelical Ministry, Lagos Nigeria. A few years later Abbey started his musical career and he has played with famous international musicians in Nigeria such as Femi Kuti, Dede Mabiaku, Oyenka Owenu, and D’Banj etc.. He also traveled around the world to perform in different festivals where he shared the stage with international artists such as Michael Bolton, Rihanna, Black Eyedpeas, Ron kenoly and Don Moen.

NO ONE as a song  is the answer to Moses’ ancient question. They remind us that there’s no one like God. No one can do the things He does. No one died for our sins but Jesus did. No one is coming back to take us home, only Jesus will!

The video was shot in Maryland, USA and directed by legendary producer and director Righteous man.

Mr. Plus - February 8, 2020 0
Ex-militant turned preacher, Prince Peter Wali Popularly Known As PP Wali is out with his debut single titled "My Testimony.""My Testimony" is a fusion...

[MUSIC + VIDEO] Sarai Korpacz – All I Ever Need (Official...

Mr. Plus - September 23, 2019 0
New York-based contemporary Gospel artiste Sarai Korpacz released this song 'All I Ever Need' which premiered on the 4th of July this year. This...