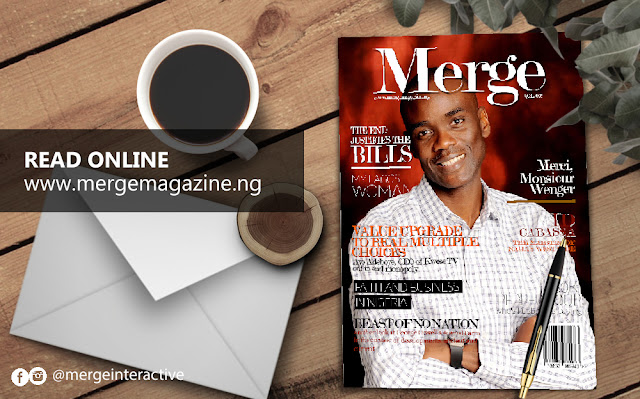 Merge, Nigeria’s emerging society and lifestyle magazine showcasing inspiring and in-depth stories of the captivating journeys of amazing personalities who have and are still playing significant roles in nation-building has released its second issue.
Merge magazine offers a unique and outstanding content different from other magazines by going beyond mere celebrity photo spread as is the trend these days.
Merge tells their story bringing out rich nuances that will both enlighten and inspire readers. 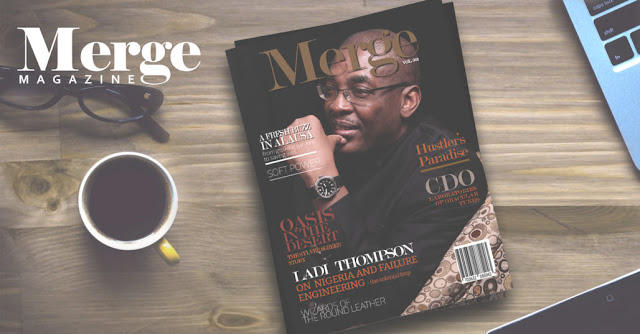 Published by Lagos based Eden Culture, the maiden edition of Merge featured security consultant and clergyman – Ladi Thompson as well as inspiring and entertaining interviews with Sylvester Agudah and CDO, and incisive articles from the savvy columnist, Bookie, as she writes on gender issues and Financial Proficiency.
In this second edition, the quarterly magazine takes it a notch higher. Ayo Adeboye, chairman of Kwese TV graced the cover, and the legendary ID Cabasa was featured on the Inner Light segment. Other great topics from Sports, Style, and Entrepreneurship amongst others were also featured.
Promo Video:

Merge is available in prints (hard copy) and digitally (online).

Mr. Plus - February 14, 2019 0
International Gospel music minister, Psalmist Vanessa has released a brand new single titled "Sovereign." "The message is simple, GOD is Sovereign! HE is King of...