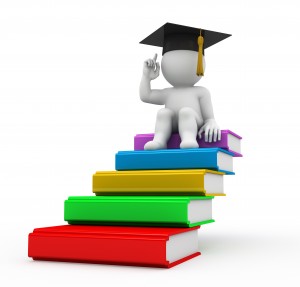 A university lecturer, Professor Rasaq Adenuga, has attributed imposition of career courses on students by their parents as one of the factors responsible for poor academic performance among undergraduates in the nation’s higher institutions of learning.

The Professor of Counselling and Personnel Psychology at the Olabisi Onabanjo University (OOU), Ago- Iwoye, stated this while delivering his speech at the 84th Inaugural Lecture of the institution, entittled “Managing The Managers: The Counsellors’ Mission.” He lamented that many parents do not considered the strengths and weaknesses of their wards before “forcing” them to study a particular course in the higher institutions.
The inaugural lecturer also identified lack of counselling services, management of time, lack of maturity and abundant freedom as factors responsible for poor academic performance.
He added, “Parents should desist from imposing courses of study on their children. They should guide them appropriately, having understood their strengths and weaknesses to enable them to develop their potentials.
It has been discovered that parents’ imposition of courses on their children, is the major reason for poor academic performance,” he added.
He enjoined parents to be interested in the day to day activities of their wards by moulding them in becoming better citizens and responsible future leaders.
“How many of our parents are doing what is expected of them to their children? Provision of money alone is not enough by parents; rather they should also create time to monitor what their children are doing outside the home environment.
As adults, we must create time to mentor or tutor our young ones, while the school must partner with the parents and community leaders to provide functional educational programme and inculcation of the spirit of ‘Omoluabi’ in them,” the lecturer added.
He called on government to engage the service of counsellors in all strata of the schools system, that is, from primary to tertiary institutions, while adding that courses on human relations should be made compulsory in schools at all levels.

NEW MUSIC: Moyin O L’ogo (I Praise You) By FOLUGOLD...

Mr. Plus - February 16, 2019 0
Texas based Music Minister ‘Toyin Shine’ of Christ Embassy Texas zone 1 is at it Again! She has Released several singles including Mo’Juba, Wonderful God,...