Tim Godfrey has just been appointed as Lead Judge of Nigeria’s Biggest Online Singing Competition tagged THE CROONER. The singer, songwriter, and convener of the rapidly growing Fearless Concert was unveiling within the week as the talent discovery umpire for this epoch project in the history of Gospel Music in Nigeria.

See a video of Tim Godfrey making the announcement himself:

The Crooner, or #Croonerbyafy, is a breath of fresh air to music contests. First, of its kind, this show will be held primarily online as hundreds of contestant spend 8 weeks armed with the best vocals and singing techniques battle it out for the coveted grand prize worth two Million Naira (N 2,000,000).

Registration ends on Sunday, 26th of August, 2018 and the contest which runs for 8 weeks all through September and October, kicks off right away. See the schedule and other details below:

How To Register for The Crooner:

NOTE:
The online registration platform has a direct bank payment option and card payment option. But if your bank is not supported, you can Transfer/Deposit to Plus Ensemble 5600410838 Fidelity Bank. Send proof of payment and the data on the registration page/form to info@croonerbyafy.com

It will run for 8 weeks (1st September – 29th October 2018), with a glamorous finale in the city of Port Harcourt. Contestants will be required to complete the registration process and pay a token of N1,000 (One Thousand Naira only).

The crux of the contest is weekly uploads of 1-minute videos with clear audio and picture. Evictions happen weekly and is determined by Social media likes and SMS voting. Further instructions will follow after registration is complete. The Crooner by Afy Douglas is NIGERIA ONLY.

Other Top Gospel Artistes and Brands have also lent their support to this project. They include Ada, Asu Ekiye, Eben, Preye Odede, Mercy Chinwo, Prospa Ochimana among others. Official Producer for The Crooner is the prolific Dr Roy and Official Media Partner is GospelNaija. 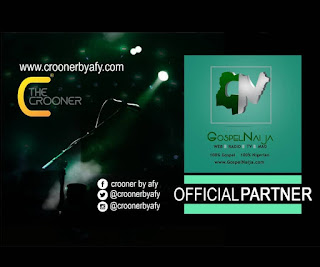 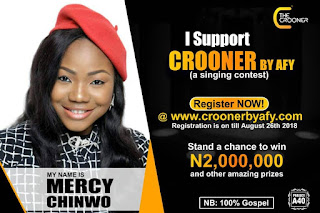 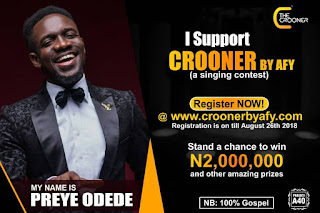 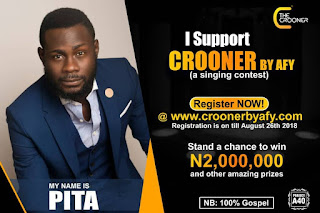 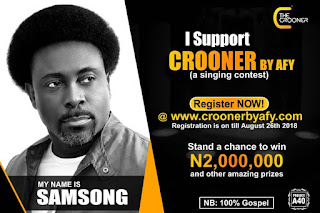 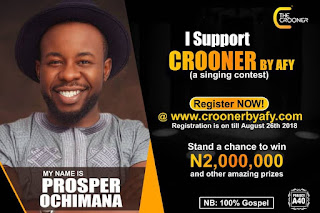 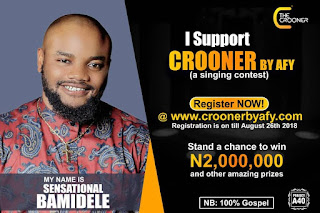 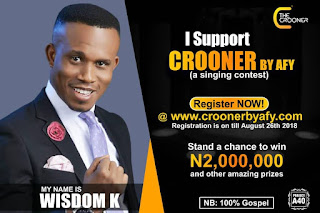 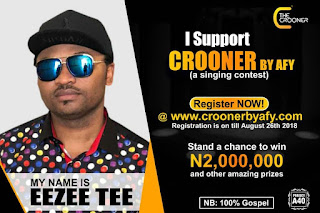 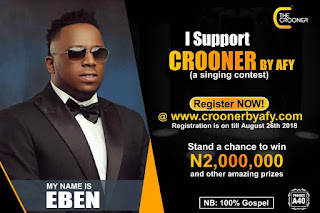 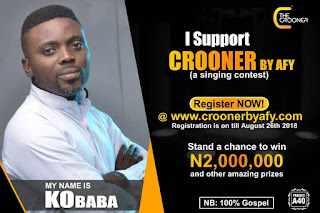 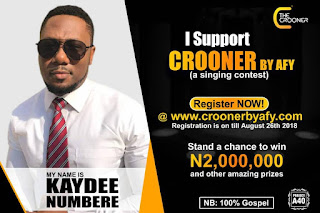 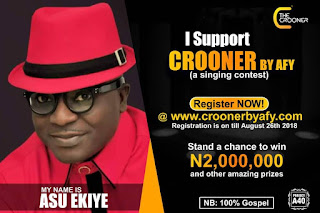 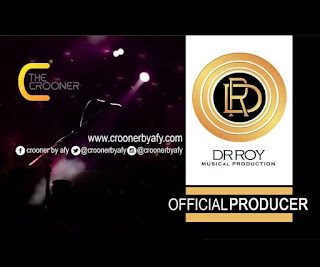